An auto locksmith in Bayside explains how car keys have changed 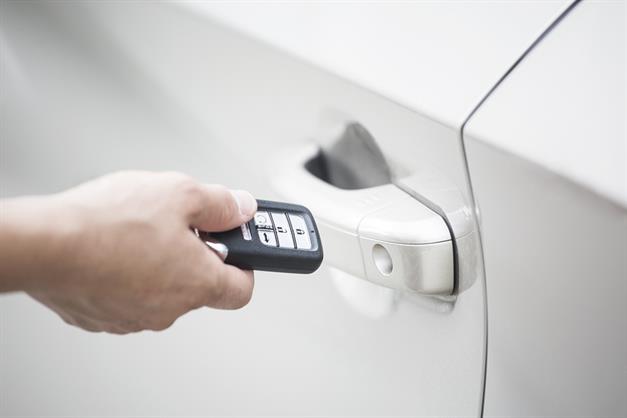 Your car keys are much more than just pieces of metal – believe it or not, car keys have seen a lot of evolution over the years!

Car keys didn’t just “pop” into existence – throughout history, clever tinkerers and engineers have iterated and developed keys and locks. Modern car keys are a far cry from the ones that came with your first beater!

Luckily, no matter how old (or advanced, for that matter) your car keys are, you can always trust our auto locksmiths in Bayside to unlock, fix, and replace
any car key-related problems.

And that includes car keys, ignitions and locks from any era.

The evolution of car keys

Compare the key fob on your brand-new SUV to the key that came with your very first second-hand Corolla or Commodore. Notice anything different?

Yes, car keys just like automobiles have undergone considerable improvements and changes over the years.

Instead of just unlocking your car and protecting it from unauthorised entrants, the most modern car keys can also remotely:

And that’s just the beginning!

How exactly did we get to this point?

You’d think that car keys have existed as long as cars have, right?

Surprisingly however, they haven’t – in fact, it wasn’t until 1949 that we saw the first “real” car keys.

Yep, you heard us right!

Before 1949, car keys served primarily as a form of verification. While there was still a key chamber, to actually start one’s car, you had to push a dedicated
starter button (funny how trends come and go like that).

That all changed in 1949, when Chrysler developed the world’s first car key that also turned on the car’s ignition.

Up until the 1960s, most car keys looked a lot like house keys. Just like the typical house key, they were only cut on one side.

Of course, since most of us can’t actually see our ignition chamber when we start our cars, this design led to a lot of unnecessary fumbling!

Luckily, some clever engineer at Ford noticed, and in 1965 created a double-sided car key. With identical cuts on both the top and the bottom, it no longer
mattered how you inserted your keys.

It’s a small thing, but just try to imagine life without it!

With car theft on the rise during the ’80s, car manufacturers invented Vehicle Anti-theft Systems (VATs) to protect peoples’ cars.

By embedding a resistor pellet the ignition key, car makers were able to reduce instances of car theft.

Essentially, there are fifteen different resistor values, with a value encoded into the pellet and matched to the vehicle.

Once the VATS key is inserted in the ignition switch, it will automatically allow the car to start – that is, assuming that the resistor values match those
assigned to your vehicle.

Think of this as a low-tech precursor to modern transponder keys (more on that later!)

Remote unlocking is a standard feature in even the cheapest of cars nowadays.

And this ubiquitous technology got its start in the 1980s with luxury cars of the era.

Using radio signals, motorists were able to experience an entirely new level of convenience, and it wasn’t long before this luxury technology started filtering
its way down to the rest of the car market.

Using the same principles as VATS keys, transponders replace the resistor pellet with a tiny computer chip that receives and sends electrical signals to
your ignition.

Otherwise, it functions similarly to a VATS system.

Learn more about how transponder keys work,
and how our auto locksmiths in Bayside can help you.

Recently, we’ve seen a lot of higher-end cars in the market start offering keyless entry as an option.

What you may not know however is that the technology has existed in one form or another ever since the early ’90s!

It wasn’t until recently however that keyless entry systems really took off. The reason for that is pretty simple: in our experience, in very instances
could they be used for more than just unlocking.

Nowadays however, car manufacturers have figured out a way to sync keyless entry fobs with your car engine too, allowing you to start your engine with
nothing more than the press of a button.

On trend you’ll want to keep your eye on is smart keys. In particular, car manufacturers are starting to experiment with key fobs that feature:

Click here to read more about what the future
holds for car keys.

If you need an emergency auto locksmith in Bayside, Galmier has you covered!

Car keys have changed a lot over the years. One thing that hasn’t changed however is the stress that comes with losing your car keys!

Whether your car has the latest in keyless unlocking technology or is still relying on good old-fashioned single-cut keys, our auto locksmiths in Bayside
can help.

During our 15 years in business, we’ve seen just about everything there is when it comes to car key drama, including:

Our Bayside auto locksmiths make it their mission to keep on top of all the latest innovations in the world of auto locksmithing.

No matter what car you drive, we’ll get you back in your car, protected from the awful weather and on the road to your eventual destination.

Contact Galmier Locksmiths at 0407 022 234 should you ever need an emergency locksmith!